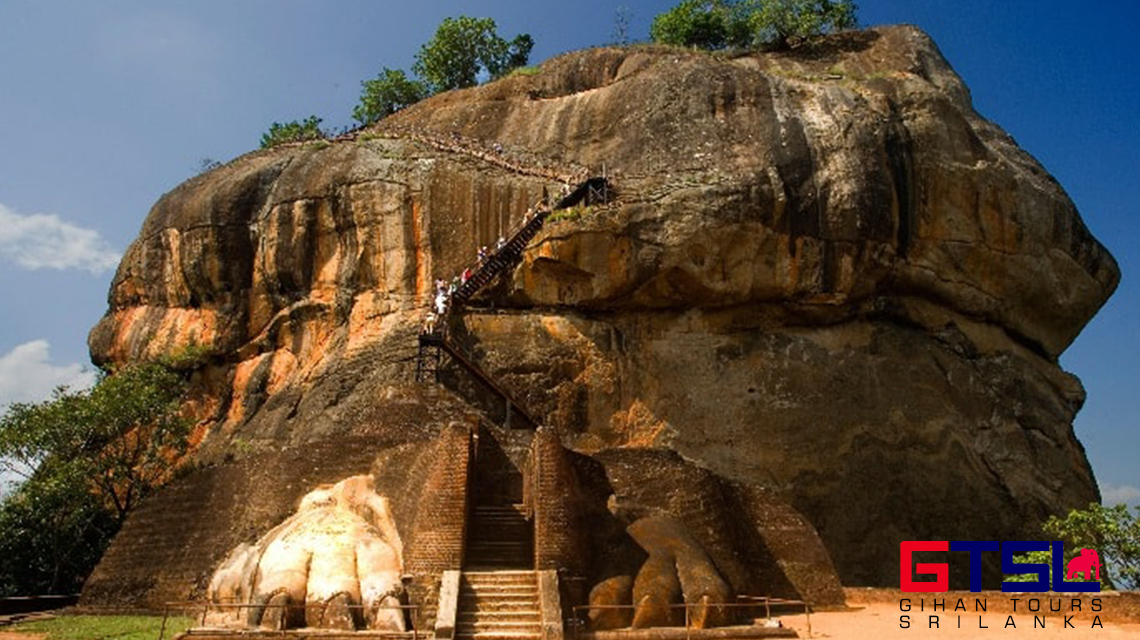 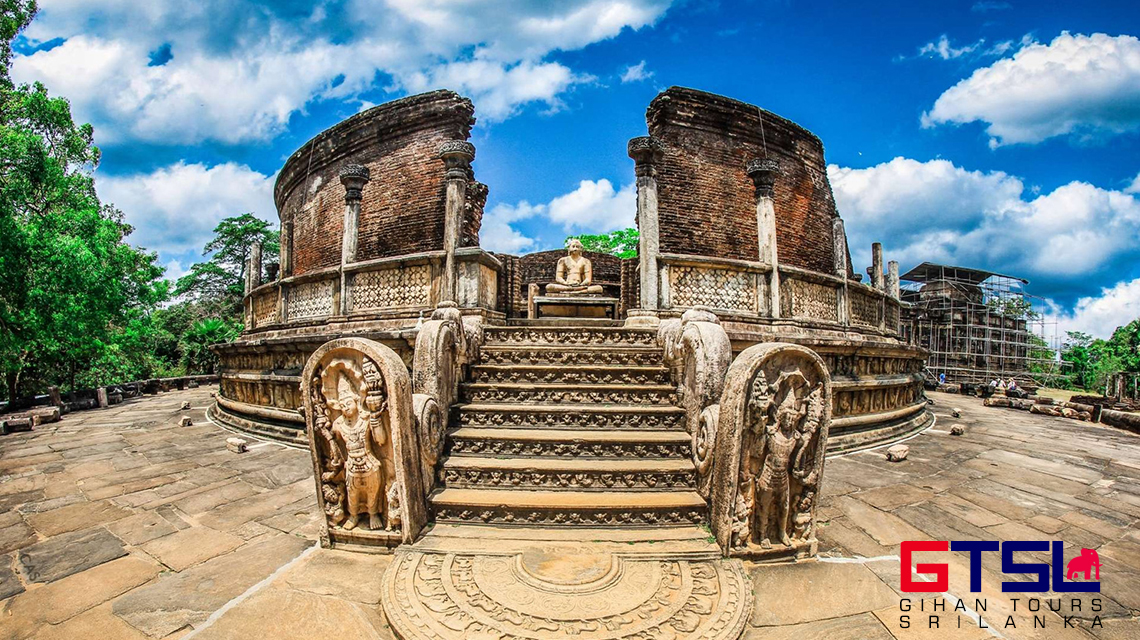 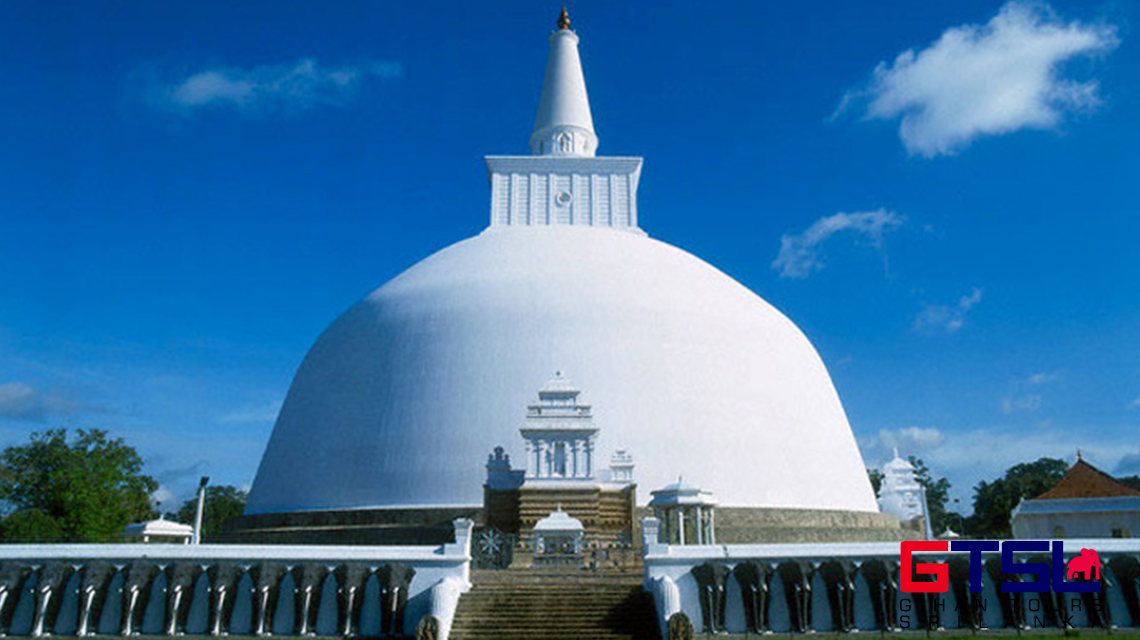 North of Kandy, the tangled green hills of the central highlands tumble down into the plains of the dry zone, a hot and denuded region covered in thorny scrub and jungle and punctuated by isolated mountainous outcrops which tower dramatically over the surrounding flatlands. The region’s climate is a harsh contrast of famine and plenty, with brief monsoonal deluges separated by long periods of drought during which temperatures, untempered by the sea breezes which soften the climate on the coast, can rise to parching extremes.

Despite this unpromising natural environment these northern plains served as the cradle of Sri Lankan civilization for almost two thousand years, from the establishment of the first Sinhalese capital in about 400 BC to the final abandonment of the city of Polonnaruwa in the thirteenth century. Much of this early civilization was centred around the great monastic city of Anuradhapura, one of the finest urban centres of its age, whose monumental dagobas were excelled in scale in the ancient world only by the Egyptian pyramids, and whose largescale irrigation works – centred on the string of enormous man-made reservoirs, or “tanks”, which still dot the region – succeeded in transforming the city’s unpromisingly barren hinterland into an enormous rice bowl capable of supporting a burgeoning population. Despite its glorious achievements, however, this early Sinhalese civilization lived under the constant threat of attack from southern India. Over the centuries countless Indian adventurers turned to their wealthy island neighbour for a spot of plunder, and although the Sinhalese periodically freed themselves from the Indian yoke, ultimately the pressure of interminable warfare destroyed the civilization of northern Sri Lanka, leading to the destruction of Anuradhapura in 993 and the abandonment of Polonnaruwa three centuries later, after which the great cities of the northern plains were abandoned and reclaimed by the jungle until being rediscovered by the British in the nineteenth century. Although the modern economic and cultural life of Sri Lanka has now largely bypassed the region, its great religious monuments still serve as potent reminders of the golden age of Sinhalese culture, providing a symbol of cultural identity which goes far beyond the merely archeological. The island’s northern plains are now often referred to as the Cultural Triangle, the three points of this imaginary triangle being placed at the great Sinhalese capitals of Kandy (see "When to go"), Anuradhapura and Polonnaruwa. In fact, this touristoriented invention presents a rather warped sense of the region’s past, given that the history of Kandy is quite different and separate – both chronologically and geographically – from that of the earlier capitals. The real southern point of the Cultural Triangle lies some distance north of Kandy at Dambulla, and the region is better described by its traditional name of the Rajarata, or “The King’s Land”.

At the spiritual heart of the Triangle lie the two great ruined cities of early Sri Lanka: Anuradhapura, capital of the island from the third century BC to 993 AD, and its successor, Polonnaruwa, capital until the thirteenth century. The region’s other outstanding attractions are the spectacular rock citadel of Sigiriya, perhaps Sri Lanka’s single most extraordinary sight; the marvellous cave temples of Dambulla, a magical treasure box of Buddhist sculpture and painting; and the religious centre of Mihintale, scene of the introduction of Buddhism to the island. There’s far more to the Cultural Triangle than these highlights, however. The region is peppered with other intriguing but relatively little-visited ancient monuments, including the abandoned cities of Yapahuwa and Panduwas Nuwara; the great Buddha statues of Aukana and Sasseruwa; the absorbing temples of Aluvihara and Ridi Vihara; or the haunting forest monasteries of Arankele and Ritigala. And if you begin to tire of historic monuments, there are natural attractions aplenty at the national parks: Minneriya, Kaudulla and Wasgomuwa.